New Base Languages – Brought to you by Springshare

Now that we have Language Options in LibGuides v2 and LibAnswers v2, we felt it was time to kick it up a notch and give you what you’ve been clamoring for all these years.

After agonizing research that took the better part of 7 years and painstaking creation, not to mention incredible bouts of wordsmithing, we’re amped to bring to you: THE BEST BASE SYSTEM LANGUAGES OF 2015! Many, oh so many, words died in the creation of these base languages. But, lest they died in vain –  implement these base languages tout suite!

Never mind languages people actually speak – who wants those? These are way more fun for your users. And you. Okay, mostly you – but don’t you get to have fun too?! All work and no play makes librarians go cray cray. 😉

In honor of Sir Terry Pratchett, we bring to you the Discworld base language, full of wizards, witches, tyrants, guilds, and of course, the Luggage. 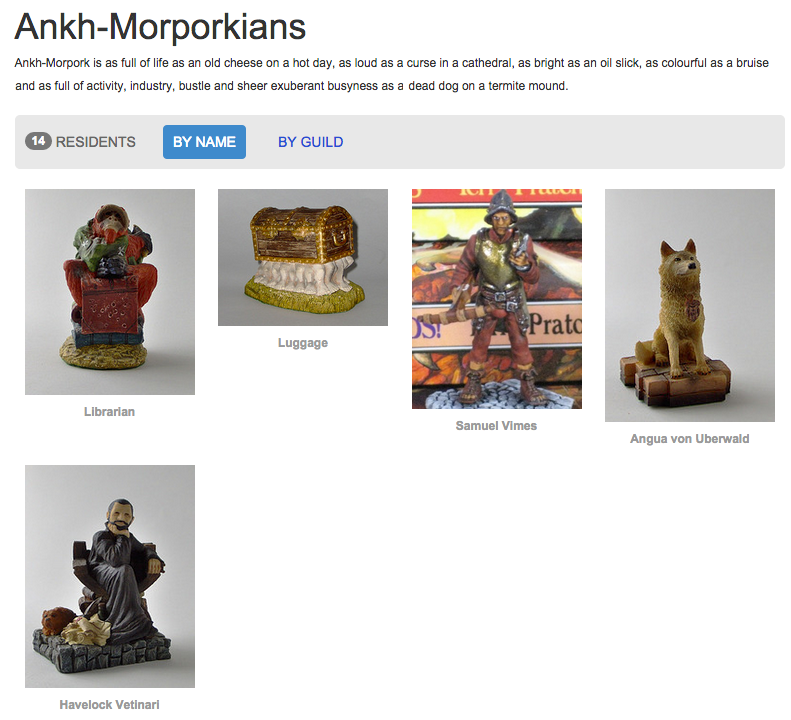 A surprisingly easy translation – just add ‘Ice Ice, Baby’ to the end of every word. Just remind users to ‘Stop, Collaborate, and Listen’. And in LibAnswers, we have the only tagline you need: ‘If there’s a problem, yo, I’ll solve it!’

We don’t want to live in a world where Princess Bride isn’t a language option – and now, we don’t have to. So put down the Iocane Powder, pardon us while we shout this a little louder, and this time we really mean it, any one got a peanut? 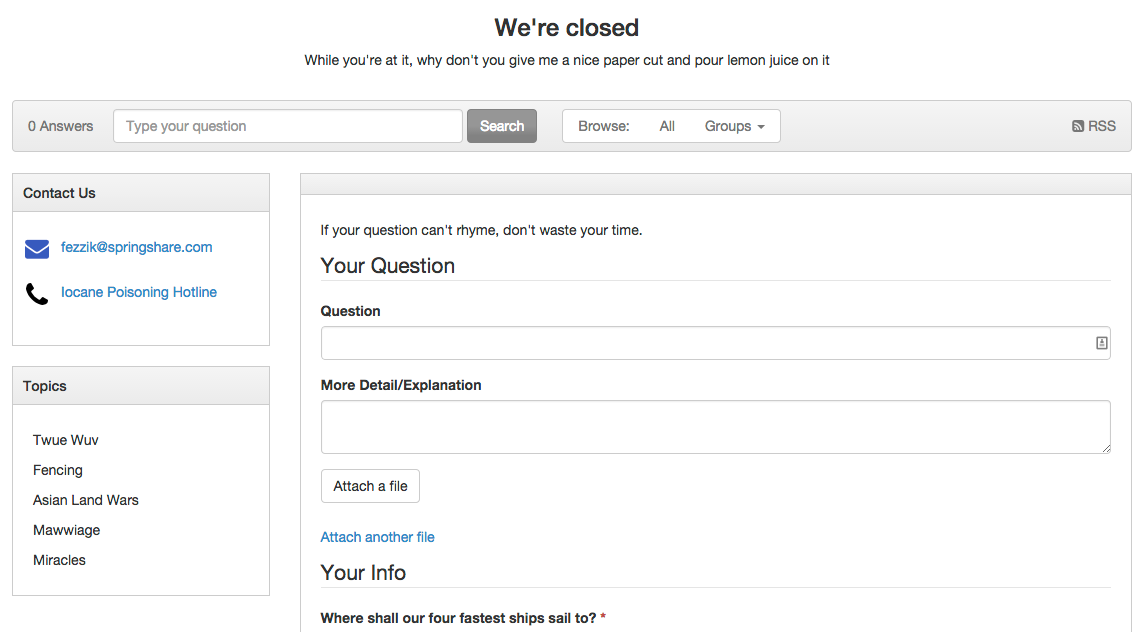 This base language can serve oh so many purposes. Use it during International Talk Like a Pirate Day. Or on Halloween. Or when you’re feeling like a right ole’ scallywag, add it before that early morning instruction/workshop when you just want to mess with your users.

You know that saying, “Everything is better with bacon”? At Springshare, we took that phrase literally. And not the new definition of literally, when we say literally – we mean literally. LibAnswers = Great. LibAnswers w/ Bacon = OMGWHUBAML [Oh My Goodness, where have you been all my life!] With Bacon Translation, scatter these salty bits anywhere and everywhere.
Note: For Vegetarians/Vegans we have ‘Tofu Bacon’ at your disposal. 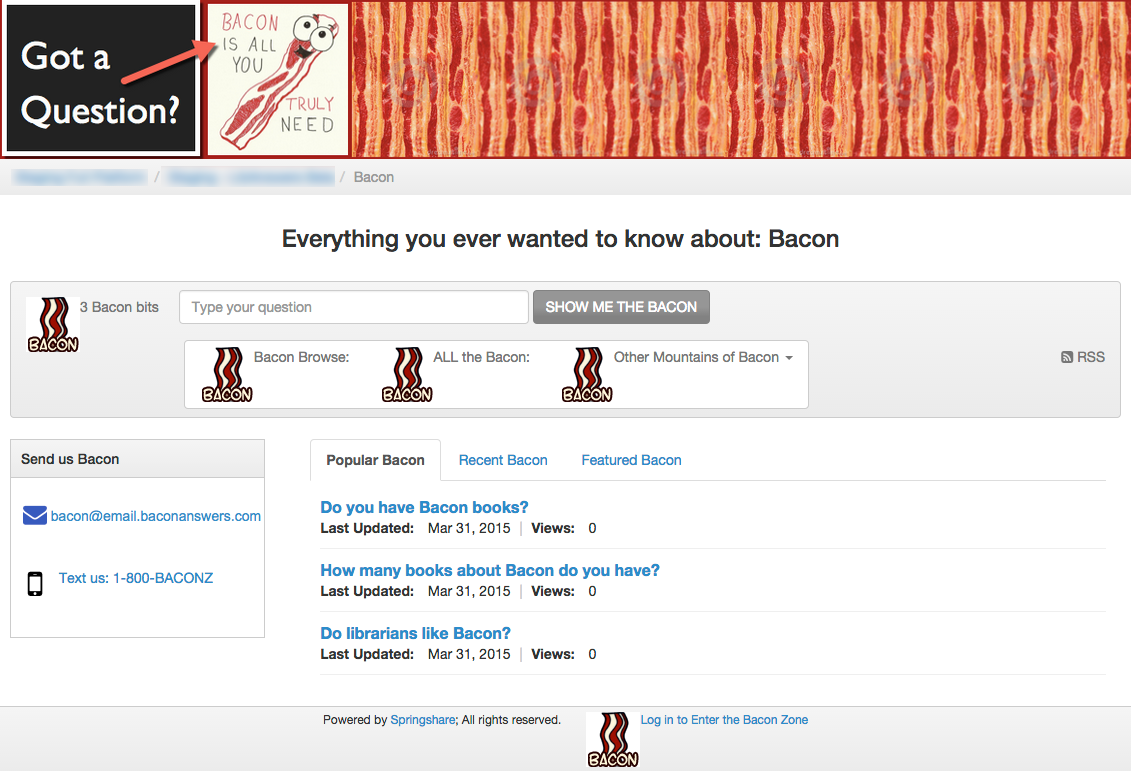 P.S. French and Swedish language options are on the way…no foolin’! 🙂

1 thought on “New Base Languages – Brought to you by Springshare”

Springshare Support Closed for the Holidays