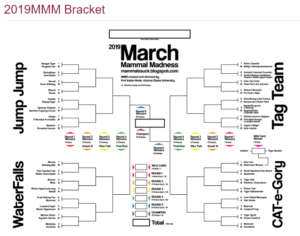 If you’re on Twitter, even a little, you’ve probably seen someone enthusiastically cheering for a Bengal Tiger or proclaiming she’s Team Sea Lion, even pumped about a Bearcat for the win. You heard correctly, pumped.

It’s possible that at no other time of the year will you read so many academics use that word than during Arizona State University’s March Mammal Madness — a tournament that features mammals encountering other mammals in the wild and seeing who’d win.

In 2013, Dr. Katie Hinde, who as an Associate Professor at ASU investigates the food, medicine, and signal of mother’s milk, founded MMM — whose name is a play off of the NCAA March Madness Basketball tournament. Each year the madness spreads with more contributors, participants, and unabashed fans! You’ll find detailed instructions on how to play laid out in a special LibGuide they’ve built. The action is happening right now as they are currently mid-tournament with the Sweet Sixteen.

Using LibGuides to Organize the Madness. 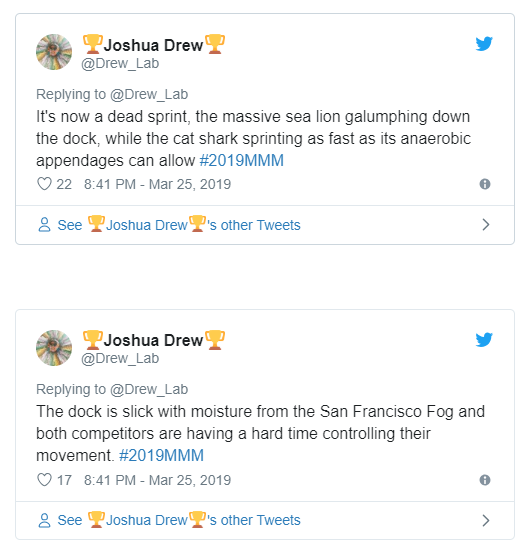 March Mammal Madness is an educational opportunity to learn all about our planet’s species woven with a bracket and served as a thrilling competitive experience. Professors, scientists, researchers, students and classrooms of children from all over the world look forward to and passionately play MMM — and they play to win.

They might have started out making their picks based on mammals whose names they knew, like the Rock Wallaby or Beaver. But, after seeing how the encounters went down in the incredible narrations done by the tournament contributors, most realized it was important to do the research on the Bharal and Rakali!

Anali Perry, the Scholarly Communication Librarian at ASU, recalled that before using LibGuides, this tournament was all managed in Dr. Hinde’s blog. In 2017, as the tournament grew year over year, not just in popularity but in moving parts, Anali suggested they build a special guide for the tournament information in their LibGuides CMS system.

Anali said, “I spend a lot of time advocating for increased access to scholarly research. I think MMM is a fantastic example of how excited people of all ages can get about science and scholarship! It’s important to me to contribute to MMM each year because I can help point people to free and open sources of good information, as well as look for open access versions of articles cited.”

Anali said it wasn’t easy for people to find the information they needed on the blog so they built a LibGuide that wasn’t aimed toward the ASU community but was, rather, for participants all over the world.

The guide offers everything from an FAQ to the downloadable bracket. It features animal background information with free and open resources, resources for K-12, and academic information resources.  There are videos, mammal art, links to recaps and news. They even archive the MMM tournament back to its beginning and give information on ASUs researchers and current research topics.

The Power of a Great Idea

When people love what they’re working on, it shows and in the case of March Mammal Madness — it advances, running through the jungles, swimming against the currents, swinging to capture the imagination of mammal lovers everywhere. 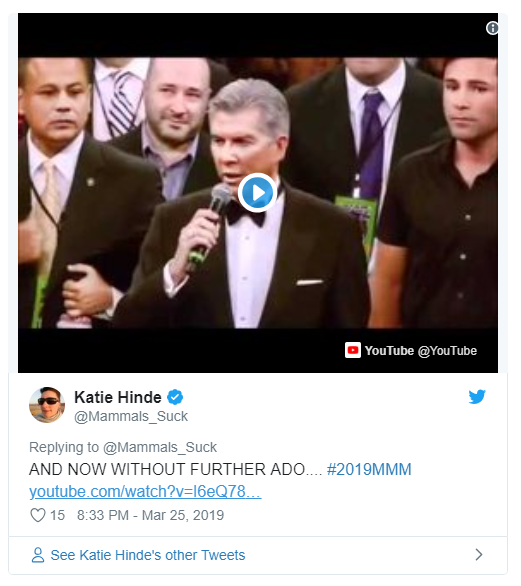 It’s not just the players who are hooked.

Lara Durgavich, Lecturer at Tufts University recalls, “One of the saltiest battle outcomes I can remember was in 2018 when I narrated a battle between the common octopus and the green anaconda. Ironically, it ended poorly for the octopus precisely because the river where the battle took place wasn’t salty enough. Fans were not happy to see the octopus defeated by osmosis.”

MMM is fun and great for science. Mauna Dasari, PhD Candidate at the University of Notre Dame said, “In addition to all the fans (and associated trash talk), I really love how MMM is so often a marriage of old science with new communication. Papers (and whole PhD theses) documenting everyday behaviors get pulled from the annals of science and presented to the public in this completely new platform and style. In academia, we publish these very specific papers that can be hard to generate a lot of public interest in at the time (let alone 20 years later) but MMM bridges the gap beautifully.”

Finally, March Mammal Madness is rather brilliantly tailored to be interesting to children who often ask who would win in a fight between Superman and Batman? Marc Kissel, Visiting Assistant Professor at Appalachian State University said, “It is hard to imagine the scope of this project. Seeing tweets from kids who stayed up late to watch the battles and classrooms sharing their brackets is incredible. I’m honored to be a part of this.”

So, don’t be afraid of starting something outlandish! Educating people should be a bold adventure.

We would like to note that we did have a particular interest in this year’s round one battle between the Springhare (close enough) and the Jackrabbit. Yay, Springhare! Only to find ourselves crestfallen at the round two loss to the Bengal Tiger. Alas!